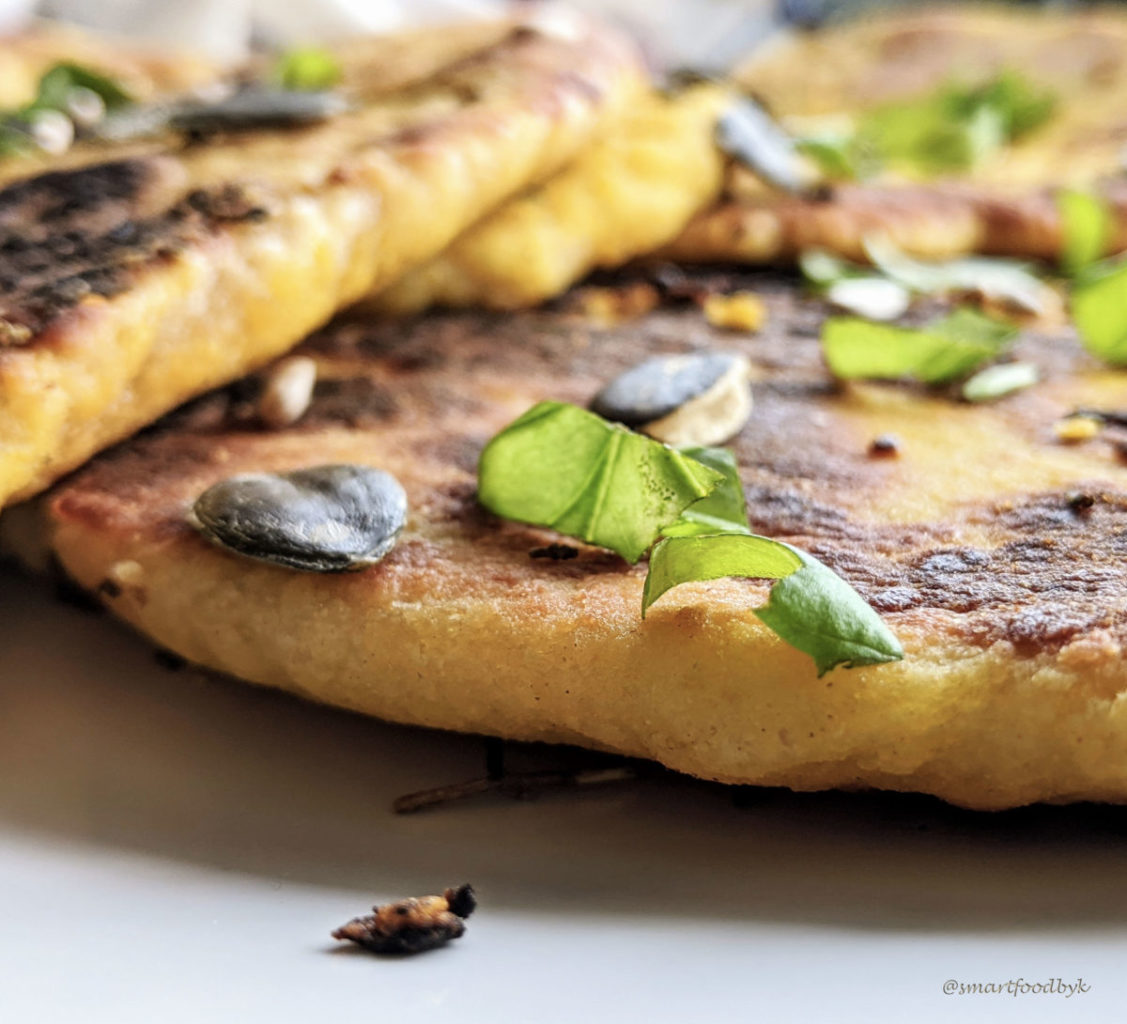 Oh I am an absolute fan of naans! Who isn’t? They are one of those local foods that everyone knows and enjoys wherever they are, like a pizza, a croissant or a donut (to name but a few). My favourite kind – garlic naans! I picked up this recipe long time ago in Paris from an Indian girl I once knew. She had a little secret ingredient to make her naans irresistible, she told me. She used honey instead of sugar. I found out later that it was not that uncommon. Truth is, her naans were irresistible and you definitively couldn’t stop at one.

I have finetuned her recipe over time and now made it plant-based too. Hope you’ll like it and you’ll drop me a comment if you do 🙂

INGREDIENTS (organic and in order of use)

To brush the naans:

This site uses Akismet to reduce spam. Learn how your comment data is processed.

Searching is in progress